All the information Hoosiers need to participate in democracy

Everything you need to know to participate in Hoosier democracy. (Getty Images)

Our newsroom doesn’t take democracy for granted, and we hope you don’t either. This story is part of a collaboration called Democracy Day, in which newsrooms nationwide are drawing attention to threats to democracy. We hope it reminds us all to value our democracy and work to protect it.

Below, learn about the mechanics of voting and the three branches of government. A companion story explains the legislative process. 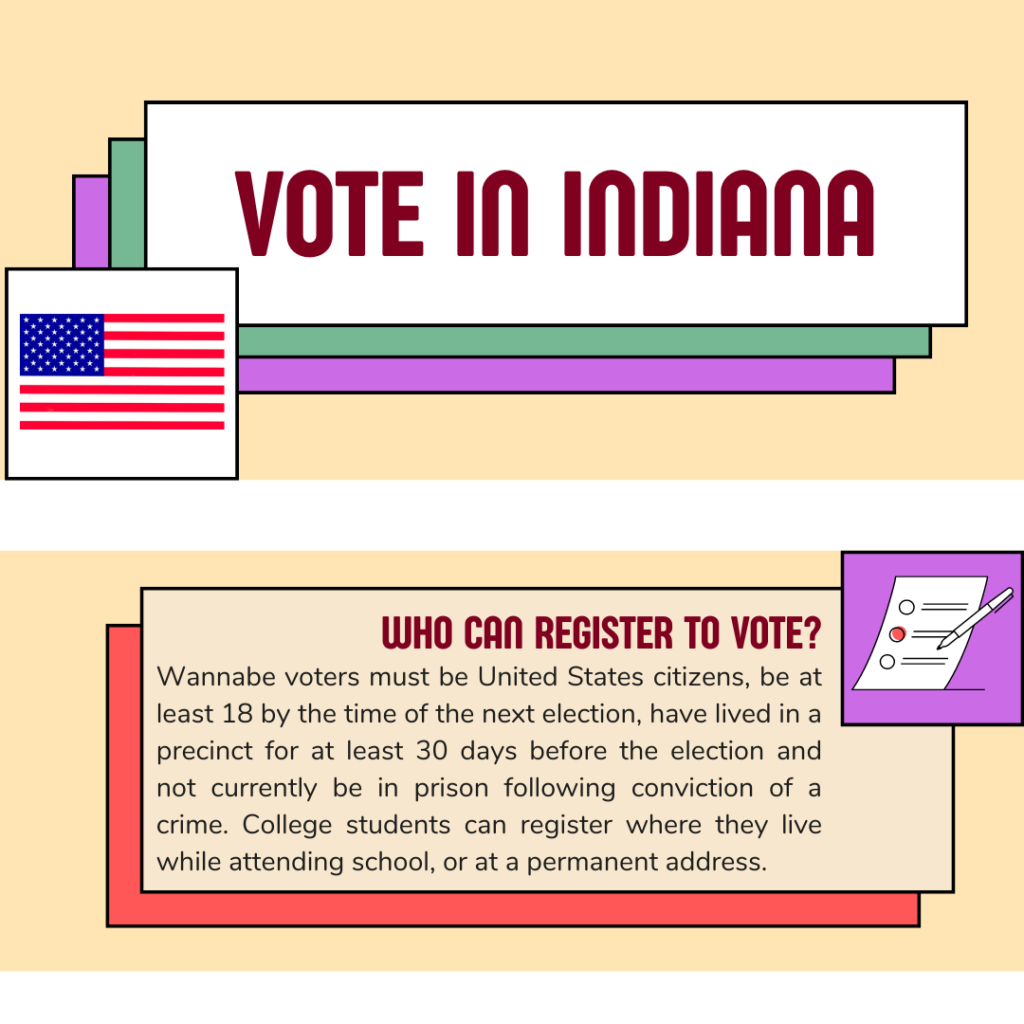 Where do I register?

There are three ways to register:

Online: Visit https://indianavoters.in.gov/ and click the “apply now” button within the “register to vote” box. Fill out the form as prompted.

In person: Register at your county’s clerk or voter registration office or the Indiana Election Division. Voters-to-be can also register at “full-service” voter registration agencies like at an Indiana Bureau of Motor Vehicles branch if obtaining any personal identification document like a driver’s license, permit or identification card. Find the full list of full-service agencies here.

Download Indiana’s form here, the federal form here, or obtain one at the government agencies above. Public libraries also often have the forms. Find your local election administrator’s address and other contact information on the registration form itself, or here. 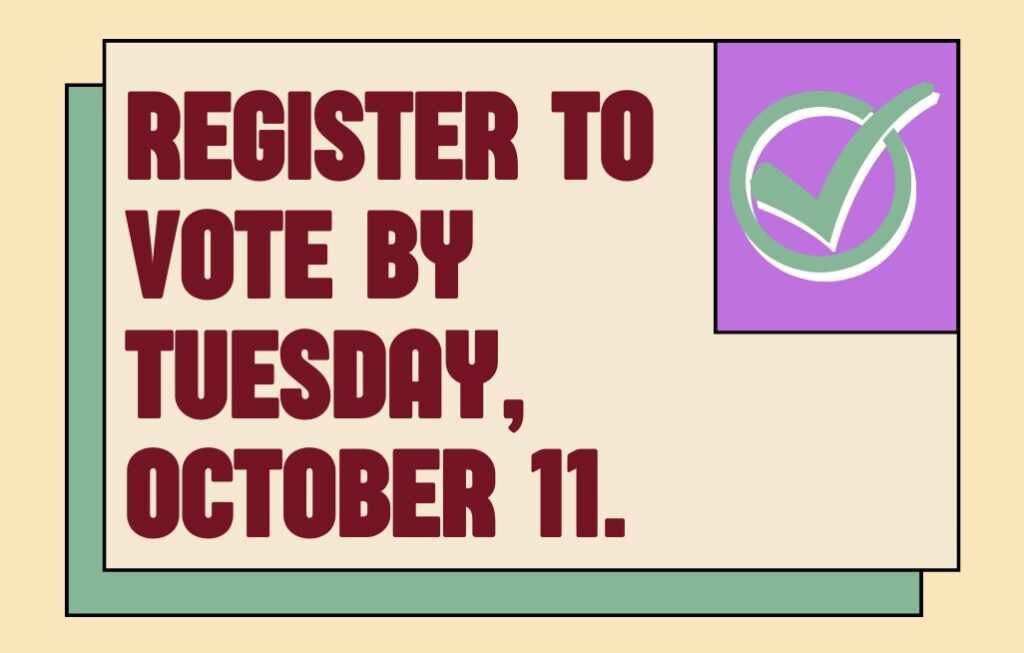 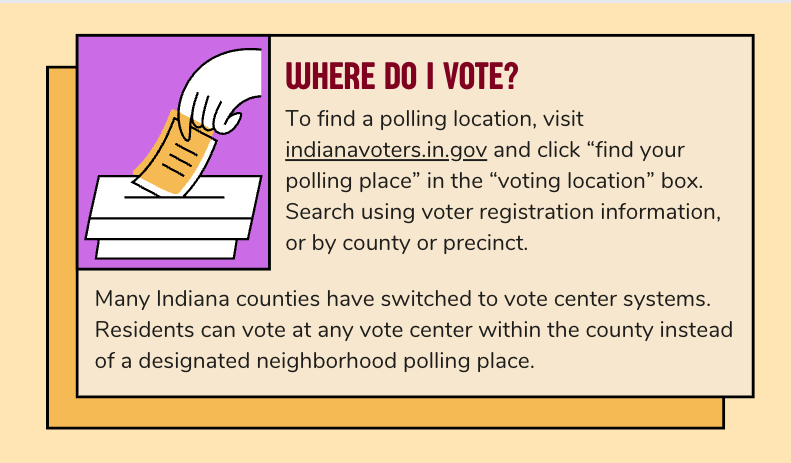 Visit the Secretary of State’s website to find out if your county uses voter centers.

When does voting start?

Vote absentee on or before election day:

Head to https://indianavoters.in.gov/ and submit the new address at least 30 days before the election. If moving less than 30 days before then, sign an affidavit provided by local election officials and vote with the old address — with some exceptions for municipal elections and school referendums. 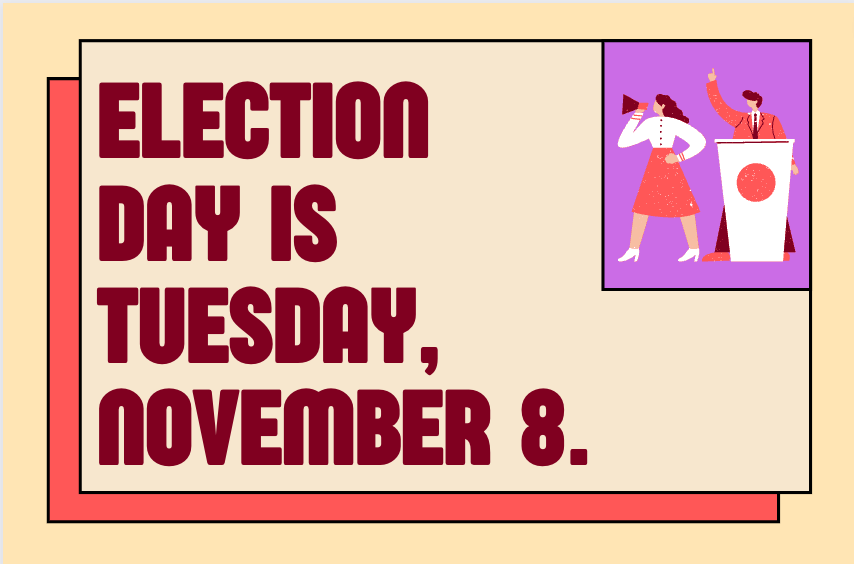 What am I voting for, anyway — how does Indiana’s government work?

Indiana has three branches of government, similar to the federal government: the executive, legislative and judicial branches.

The executive branch is headed by Gov. Eric Holcomb, who acts as the state’s chief executive officer. The governor has the power to sign or veto bills passed by the legislature and acts as the commander-in-chief of the Indiana National Guard and the Indiana Guard Reserve. Occasionally, the governor may grant judicial motions – either pardoning someone of a crime, commuting a sentence or approving a reprieve. The governor serves a four-year term along with their lieutenant governor. Indiana law limits governors to two consecutive terms or eight years in a 12-year period.

The legislative branch, or the Indiana General Assembly, includes the Senate and House chambers. This branch, with 50 senators and 100 representatives, is responsible for drafting laws which the governor can sign or veto. In the event of a veto, the chambers can overrule the governor with a simple majority vote.

Senators serve for four years while representatives serve for two-year terms. This branch drafts the state’s two-year budget, which it writes in odd years in a “long session,” typically between January and April. The “short sessions,” held in even years, usually start in January and end in early March. Only the governor can call the General Assembly into a special session, if one is considered necessary.

The courts work in tandem with one another, grouped into trial courts (circuit courts, superior courts and city/ town courts) or appellate courts (the Supreme Court, Court of Appeals and the Indiana Tax Court). Generally, the appellate courts only hear cases already decided by the trial courts where the defeated party believes a mistake was made or there’s some disagreement about the law’s interpretation.

Created in 1986, the Tax Court oversees any case related to Indiana tax laws that are an appeal of a final decision made by the Indiana Department of State Revenue or the Indiana Board of Tax Review. Certain appeals to decisions from the Department of Local Government Finance may also appear in Tax Court.

Decisions made by the judicial branch may overturn law created and passed by the other two branches but the governor appoints the judges sitting on the state’s highest courts. Since 1970, judges on the Supreme Court and Court of Appeals have been approved (or retained) by voters two years after their initial appointment and every ten years thereafter.

Judges on the Court of Appeals and the Supreme Court have a mandatory retirement age of 75.

Correction: This story has been updated to correct a voting date and a URL. Early voting begins October 12. To update a voting registration, voters should visit indianavoters.in.gov.

All the information Hoosiers need to participate in democracy

Leslie joins the Indiana Capital Chronicle after covering city government and urban affairs for the Indianapolis Business Journal for more than a year. She graduated from Northwestern University in March 2021, and has reported for the Chicago Tribune, Voice of America and student publications in Evanston, Illinois, Washington, D.C., and Doha, Qatar.