DACA recipients and their supporters rally outside the U.S. Supreme Court on June 18, 2020 in Washington, DC. (Photo by Drew Angerer/Getty Images)

After 20 years of living in the United States, Pamela Chomba and her sister — both DACA recipients — decided it was time to buy a house where they lived in Washington D.C. But that same year, 2021, a lower court judge in Texas made a decision that threatened to upend their whole lives when they ruled that the Obama administration had illegally implemented the program.

“Even the euphoria of having something that you can touch, that you can say, ‘This is my home,’ is put to question,” Chomba said. “What kind of economic certainty and security do I have to continue living in my home, to continue feeling economically independent?”

The Deferred Action for Childhood Arrivals (DACA) program granted undocumented immigrants work permits and protection from deportation for those who emigrated to the country as children.

Earlier this month, Dreamers, or DACA recipients, received a temporary reprieve when a three-judge panel on the 5th U.S. Circuit Court of Appeals agreed that DACA had been implemented illegally but the program should remain in place.

Current recipients can continue to renew their protective status but the ruling bars the addition of first-time applicants. More than 800,000 people use the program, including 8,870 Hoosiers.

The American Immigration Council reports that Indiana DACA recipients and DACA-eligible individuals alone paid an estimated $21.4 million in state and local taxes in 2018.

Like Chomba, the protected DACA status allows Dreamers to pursue higher education or get a job. Combined, Indiana’s DACA recipients have an estimated spending power of $180.8 million and contribute $516.4 million to the state’s GDP.

Greg Zoeller was the Republican Attorney General of Indiana when DACA was enacted and now advocates for immigration reform as a member of the board of directors at the National Immigration Forum. 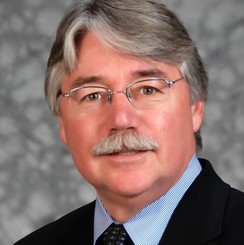 As the chairman of the World Trade Center in Indianapolis, Zoeller said he focuses on the economics of immigration, many of whom are integrated into various community aspects, including health care, education or starting their own businesses.

“In Indiana, there’s not enough of a workforce to maintain our current economy, much less grow. So the opportunities of economic growth are being stifled by a lack of workforce generally,” Zoeller said.

On Oct. 20, more than 80 business leaders sent a letter to Congress urging them to take action for Dreamers, warning that its expiration would exacerbate the nation’s worker shortage.

“Given that DACA applications and renewals were granted on a rolling basis, the end to this program means that an estimated 22,000 jobs would be lost every month for two years. That is roughly 1,000 job losses per business day at a time when the U.S. economy already faces significant workforce shortages,” the letter, signed by Indiana companies Eli Lilly and Salesforce, said.

“We urge you to swiftly pass legislation this year that will help Dreamers, American businesses, and our country,” the letter concluded.

With DACA on “life support,” Chomba and others have an uncertain future.

“There’s nothing certain to it because it’s in a legal limbo where it could just be pulled (away)… or some higher power could just come and let me fall,” Chomba said.

The impact of DACA in Chomba’s life

Under the program, Chomba and her sister could both continue living and working in the country and another sibling, born later, would be a U.S. citizen.

Chomba’s family arrived in the United States when she was 11, 20 years ago. Ever since meeting a cousin studying in the country six years before, she knew she wanted to pursue an education there too.

Becoming a DACA recipient shortly after the program launched in 2012 changed her life. Now Chomba does political work with FWD.us as the director of State Immigration Campaigns. The organization pushes Congress to craft more permanent immigration reform, contending that DACA was always meant to be a temporary measure.

Chomba said an estimated 200,000 of DACA recipients were frontline workers during the pandemic, whether healthcare providers or in another essential role. Each recipient has a workplace, family and community that would suffer should DACA be rescinded with no replacement, Chomba said.

“We are part of every community, whether we were at the frontlines as essential workers or whether we provide the bread and butter for our younger siblings,” Chomba said. “I think we need to look past any economic impact that they will have in the country but also look toward the impact that they can have as an American family in an American community.”

The path forward for Dreamers

Chomba said she and others knew that DACA wasn’t a permanent fix for immigrants like herself seeking a pathway to citizenship. Any long-term action would need to come from Congress.

“I know the end of DACA is coming. DACA right now gives me job security… but I look to Congress as the sole responsible entity that can really get its act together and pass legislation for us,” she said.

Zoeller said passing legislation via executive orders, like DACA, has always been challenging. But the program tests Congress’ ability to function as it’s designed.

“The entire immigration system is meant to be done by Congress and not the executive branch,” Zoeller said. “The last time they had any true immigration reform, I was working in (former Indiana Rep. Dan) Quayle’s office in 1985.”

And while a larger bill reforming the immigration system would need more time than many lawmakers have left, with midterm elections just around the corner, the “lame duck session” between elections and the December recess is an opportune time for action on DACA.

“It’s safe to say that they need a much greater immigration bill, but the easiest part of that… is DACA,” Zoeller said. “Everybody has always said that they deserve some legal pathway to be here.”

Zoeller said it was unfair that Congress continued to delay action for DACA recipients when they had done everything that they’d been asked to do by exposing themselves, registering for the program and abiding by its parameters.

“It’s almost shameful that our Congress has kept them in this spot,” Zoeller said.

For Chomba and other DACA recipients, there isn’t much more to do other than urge Congress to act.

“We really don’t have time to wait for any solid action from the court when we know the only path forward for the DACA program itself is for it to die a slow death,” she said. “It’s sad to live in a place of deep sadness when… (DACA recipients) can’t do much other than continue to tell Congress to do their job.”

Election officials can’t access federal funding for security… by Kira Lerner August 22, 2022
All eyes again on the Peach State: Georgia voters asked to… by Ariana Figueroa October 31, 2022
‘Chaos and Confusion’: The Campaign to Stamp Out Ballot Drop… by Stateline, An Initiative Of The Pew Charitable Trusts November 3, 2022