The Indiana Chamber of Commerce on Monday shared its list of priorities for the 2023 legislative session, focusing on concerns about talent retention and acquisition as well as child care and energy.

Lawmakers return Tuesday to be sworn in but the session begins in earnest in January.

In particular, the chamber — representing thousands businesses across the state — pushed for a new energy plan, saying the last one was released in 2006 under former Gov. Mitch Daniels.

“The 21st Century Energy Policy Development Task Force that was created by the Indiana General Assembly has met for the last four years and discussed many important energy topics; it’s time to take action,” the chamber’s priorities handout reads.

Senate President Pro Tem Rodric Bray, R-Martinsville, praised the task force for balancing sustainability with reliability and affordability over the years, noting that Indiana can learn from the mistakes of other states.

“We’ve watched other parts of the country begin to have problems with (reliability, so) we’ve got a little bit of a warning ourselves about the problem with that… of moving too quickly into renewables that don’t have the ability to provide the amount of power we need 24/7, every day,” Bray said.

He warned that energy costs continue to increase in Indiana and said he and others would seek ways to keep it affordable in the upcoming winter.

House Speaker Todd Huston, R-Fishers, said Hoosiers would be glad they took a more cautious approach compared to other areas.

“Right now it feels like the world’s being run on energy theory. Like, ‘We’re just going to hope that renewables give us enough energy to satisfy our baseload.’ And we’re not even close to that,” Huston said.

Outside of an energy plan, Greg Ellis, the Indiana Chamber vice president of energy and environmental policy, said the organization would support a fee increase from the Indiana Department of Environmental Management.

Ellis said the agency received a notice last month from the U.S. Environmental Protection Agency warning the department to increase its fees or risk a federal takeover.

“You read this correctly, we support the ability for IDEM to increase (fees) through the environmental rules board,” Ellis said Monday. “We do not want to deal with the U.S. EPA, we prefer to deal with state regulators that we know.”

With Indiana facing a dual shortage of affordable housing and childcare, business owners told the Indiana Chamber those shortfalls impacted their ability to attract employees.

Senate Minority Leader Sen. Greg Taylor, D-Indianapolis, said some employees stay home rather than join the workforce because of its inaccessibility and high cost. Passing something like a childcare tax credit could fix that, he said.

“I think companies have been saying to us over the last several sessions that we have some issues related to childcare costs,” Taylor said. “… the workforce (they’re) looking to hire can’t afford childcare so (potential employees are) staying at home.”

Huston highlighted housing as an opportunity for Indiana, saying Indiana has more fiscal strength than others to make those key investments. 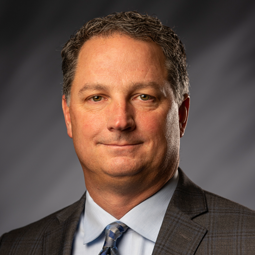 “We recognize that one of the biggest challenges we have is housing and the fact of the matter is that if we want to continue to bring all of these people (in)… we have to make sure that they have places to live,” he said. “We’re going to partner with local communities looking at low-funding options and other things we can do to support that outside of the budget.”

Both Huston and Bray floated the potential for another round of READI grants, a program designed to earmark funding for municipalities to invest in their quality of life to attract or retain residents. The current $500 million program is paid for with federal pandemic funds but the next round would be state tax dollars.

House Minority Leader Phil GiaQuinta, D-Fort Wayne, made an appeal for lawmakers to stay away from the controversial issues of the previous year, which he said turned people away from Indiana.

Legislators passed a near-total abortion ban, discussed education standards to ban critical race theory that devolved into a debate on Nazism and quarreled about whether trans female athletes can play with their peers.

“We need to do everything we can to make sure our folks are staying here and part of that has to be – let’s give the social issues a rest this session. We just came out of a very contentious special session,” GiaQuinta said. “I don’t think, frankly, it does our state any good that we are in the national news on these types of issues.”